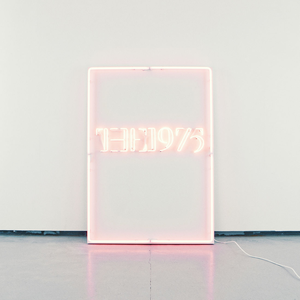 This may have been the easiest decision I’ve ever made. I raved about their debut album in 2013, and was a big fan of this band even before they became The 1975, after stumbling across them when they were called BIGSLEEP and had a couple of tracks littered across Soundcloud. But after hearing the lead out single of The 1975’s sophomore album, I wasn’t entirely sold.

The album was released on February 26th, 2016. I’d spent the previous month working all hours of the day for something work related, that all culminated in a meeting that took place on…you guessed it, February 26th. The meeting just so happened to take place in San Jose, California, and I had the next 8 days to myself, along with a rental car, and one of the most beautiful coastal roads in the world. So after the meeting, I downloaded the album, jumped into my car, and had a little bit of a ridiculous adventure, soundtracked by this album.

Now I can hear what you’re saying. Yes, the album had the benefit of extenuating circumstances. 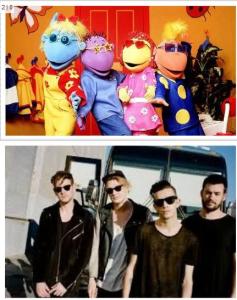 All I’m saying is have you ever seen them in the same room at the same time?

My journey could have been soundtracked by the seminal Tweenies live album and I’d be sat here ranting and raving about…uh…*googles Tweenies names* Bella, Milo, Fiz and Jake’s gift to the world. But as it was, a stunning California road trip was accompanied by an equally stunning album.

It was an album that just pushed all the right buttons. It was enough of a move forwards from the previous album to be brave, but not disconcerting. The radio-friendly pop hits were there (The Sound, Somebody Else), but the heart of the album, from the tail end of If I Believe You, to Please Be Naked, and lostmyhead, showed off their ear for ambient music.

First of all, look how casually I threw away that ‘radio-friendly pop hits’ line. How hard must it be to write a song as perfect as those two. In particular, Somebody Else is a lyrical and melodic monster. Beyonce topped a shit-ton of End Of Year album lists for Lemonade, which was great lyrically, but didn’t capture me with melodies as much as the 1975 record did.

And then back to that ambient comment. Ambient music helps to capture an atmosphere, without necessarily being obtrusive. If I Believe You and Please Be Naked build to an euphoric climax, which when accompanied by ridiculous views, sunshine, and bearclaws (all the bearclaws), I couldn’t help but feel giddy for most of that trip. Even now, 9 months after the fact, it still sounds as great as ever, and makes me (probably the only person in the world to) reminisce about my Nissan Versa, and that road. 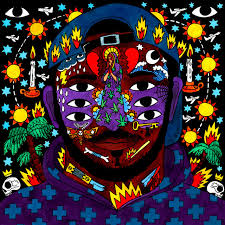 If bees had knees, these knees would be these. Kaytranada is a Canadian born producer, who makes you think “what would J-Dilla be doing if he was still alive?” Probably this. Kaytranada spent the years before 2016 making the whole world want to work with him, and on 99.9%, he worked with the most zeitgeisty list of collaborators. Anderson. Paak before he took over 2016, Craig David before his revival really took hold, Little Dragon and AlunaGeorge as the ‘always there for a feature, but always a good feature’ twosome, and names like Phonte and Goldlink that I’d not heard before. So a perfect mix of collabs, but also a whole blend of styles. ‘ONE TOO MANY’ and ‘GLOWED UP’ are highlights, but the album doesn’t have a single slack second in it. 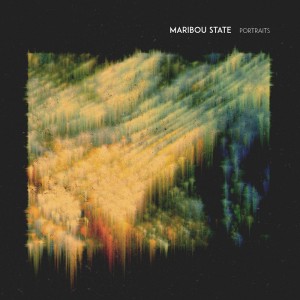 Citadel Festival, a one day festival in London landed on my birthday, so I toddled along to review it for Bearded Magazine. Sigur Ros, Caribou and Lianne La Havas were the big draws, but I spent some time familiarising myself with most of the other acts playing. Maribou State were one such act. As it transpired, I didn’t even get to see them perform, but I’ve carried on listening to their 2015 album Portraits anyway. It’s an atmospheric, warm collection of groove based electronica, with a great mix of vocalists and sampling. A perfect summer album that still sounds good in freezing January. 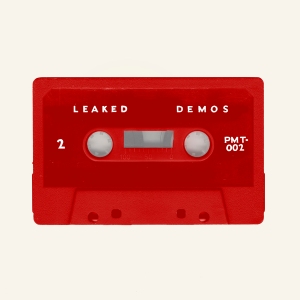 I’ve written at length about my Brand New obsession before. In 2006, we were three years past Deja Entendu, their second album, and desperately waiting for their third. Somehow, a set of demos got leaked and spread across Limewire (remember that?) and the like. Despite being demos, it still felt like a new album. Because of the leak, those tracks largely got scrapped and didn’t appear on The Devil & God Are Raging Inside Me, bar the odd scrap being used, like on ‘Sowing Season’. Fast forward to 2016, and we were (and still are) in another of those interminable waits for a new Brand New album. What we did get is a release of those leaked demos, now fully formed and mastered (and released on cassette. 2017, we don’t need more of this please). Besides the retro release format, it was like having a new release all over again. Tracks like ‘1996’ and ‘Nobody Moves’ neatly stack into Brand New’s modus operandi of post-emo alternative rock, and sound 10 times better than the demos, as great as they were. 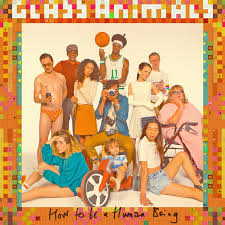 Oxford has done a decent amount for music. Ride , Radiohead, Supergrass, and Foals to name but a few. Glass Animals are the next band worthy of joining that list. Their first album Zaba was full of woozy jungle beats, and Life Itself shows a band full of ideas. I mean, any band that can open up a chorus with “Pineapples are in my head” deserve our attention. It’s another thematic album that just works in its entirety, with the hip-hop influences a little more at the forefront than they were on the previous record.

I’m still mad at him for cancelling his European tour three days ago.

Not as instantaneous as Channel Orange, but well worth the time, and probably worth the well publicised wait. That outro on ‘Self Control’ is worth the admission fee alone.

A really fun rock album full of melodic chops and sing-along choruses, while skewering social trends and society in general at the same time.

Spotify started doing podcasts. Hooray! A series called AM/PM gets musicians to create two playlists, one for the morning, and one for the evening, with commentary on their choices. Indie dreamboat Ellie Rowsell (of Wolf Alice fame) got put onto Makthaversan by a friend, and I got put onto Makthaversan by her. It’s a fiery guitar-driven album by a Swedish band, and that’s about all I know. Other than the fact it’s great. Obviously.

+5 points for the name alone. I heard ‘Deep Six Textbook’ once or twice, but it wasn’t until I saw them on Jools Holland and was equal parts captivated and baffled that I dug a little deeper. A Guardian review called I, Gemini “Nightmarish Fairytale Folk” which just about nails it. The record is made by two teenagers that met when they were four, and can seem to play about a million instruments. One of those bands that you watch and think “what the hell was I doing when I was 16.”