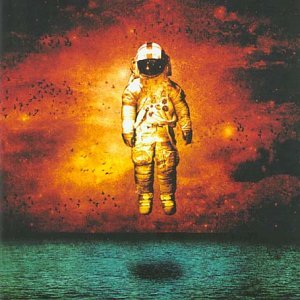 Deja Entendu by Brand New is likely the defining record of my short 25 years on this planet. That or Infinity Land by Biffy Clyro. Or maybe Spoon’s Girls Can Tell, and of course Ted Leo and The Pharmacist’s Shake The Sheets. But before I wander off into naming my favourite 100 records of all time (something I absolutely want to do now), I want to return to Deja Entendu. Both musically and lyrically, it was unlike anything I had come into contact with before. Melodic hooks, fiercely personal lyrics, it was full of ups and downs. I formed such a connection with it, and it’s a record I come back to so often. It feels so complete, without a wasted moment.  Not for a second would I ever categorise myself as being anything remotely emo, but that was the brush that Deja Entendu was often broadly painted with. Either way, I just love that record.

The odd thing is, I never really branched out from that record and that band into listening to their peers and contemporaries. There’s no simple reason, and no logical explanation – but looking at the similar artists on Spotify for Brand New – Taking Back Sunday, Dashboard Confessional, Finch, Thrice – I couldn’t name any of their tracks. OK, Manchester Orchestra are the exception to that rule, and of course I’m a huge fanboy of every other record that Brand New have made, both before and after Deja Entendu.

So I’m excited to have stumbled across Canterbury’s own Moose Blood, and their debut EP, Moving Back Home (Fist In The Air / Day By Day Records). It certainly channels that Brand New spirit, but there’s way more to them than just that.First up, they know that lyrics are just one part of the jigsaw, shown by an instrumental track called ‘My Own Boat’ that opens the EP. This, along with the fact they like to eschew traditional songs structures here and there by reaching a chorus and stripping out vocals again, like on ‘Carbis Bay’. And on ‘Drive’, we don’t even get a chorus as the track just cruises along for just over two minutes.

Thematically the EP covers interesting and varied ground: love (plenty), god (a Brand New favourite), coffee, Dashboard Confessional (one of those peers I haven’t given a chance), and cultural influences, such as High Fidelity and Bukowski (my favourite author by a country mile right now). They also play the trick that Brand New would often reserve for the odd chorus here and there – that of two vocals harmonising, with one tracking along a fair bit higher, but Moose Blood do this almost all the time.

And then besides all the deeper meaning that we could spend forever analysing, they just sound good. Nothing overly complex or unique, but guitars, bass and drums working together like they should. The final track ‘Bukowski’ is probably my favourite as the drums snap and bite during the verse to spike the guitars lying over the top.

It’s an arresting debut record that I’ve been playing over and over for a while now, and it makes me excited to hear more. If not only for the reason that a Google search will turn up more results for the band instead of images of moose carcasses.  Have a listen to Bukowski below, and you can buy the EP for £1.99 on their Bandcamp page.

Posted in Album reviews, One To Watch

This horse trotted along to see the always incredible Biffy Clyro play their first live gig in about 6 months in the cool-as-fuck town that is Swindon. No really, its got a roundabout made up of 5 other roundabouts. And a decrepid leisure centre. A decrepid leisure centre with a basketball hall big enough for Biffy to come along and melt some faces. The night and the show were incredible for a million reasons, and that number is not far off the number of times I’ve had the pleasure of seeing them. ‘Glitter and Trauma’ played at a bit of a turning point in my life 7 years ago, so I always feel a bit indebted to this band.

I really hate being one of those ‘Oh I like their old stuff way more than their new stuff’ type of guys’, so much so I feel like going out and buying a second-hand jumper and a £50 haircut, but I really do. I appreciate their more recent stuff, but not in the same way as tracks from their first three albums affect me. So that’s why one of the highlights of the sweaty Swindon gig was hearing a handful of new songs from a forthcoming DOUBLE LP. Capital letters are entirely appropriate here. This isn’t going to be some Stadium Arcadium claptrap bullshit, this is going to be some beefy shit. Or at least, based on the news songs, I’m hoping that’s the case.

To bolster my hopes, the band themselves have come out and said that this DOUBLE LP will be for ‘lost fans’ who may have drifted off with the more poppy recent releases. Mind you, the DOUBLE LP won’t just be face-melting spine-breaking toe-squashing rock. Simon Neill has been quoted as saying:

“There are a couple of songs that are written entirely on keyboards, string sounds, and I guess Phil Collins-type electro beats behind it.”

So hey, perhaps I should without my judgement and avoid getting too excited. Perhaps not. I wanted to post one of their new songs from recent live shows , but the sound quality is poor. So here’s something older and more delicious to satiate our appetites until then.