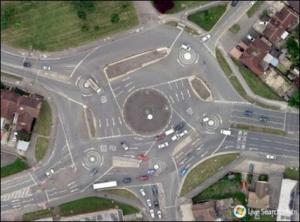 This horse trotted along to see the always incredible Biffy Clyro play their first live gig in about 6 months in the cool-as-fuck town that is Swindon. No really, its got a roundabout made up of 5 other roundabouts. And a decrepid leisure centre. A decrepid leisure centre with a basketball hall big enough for Biffy to come along and melt some faces. The night and the show were incredible for a million reasons, and that number is not far off the number of times I’ve had the pleasure of seeing them. ‘Glitter and Trauma’ played at a bit of a turning point in my life 7 years ago, so I always feel a bit indebted to this band.

I really hate being one of those ‘Oh I like their old stuff way more than their new stuff’ type of guys’, so much so I feel like going out and buying a second-hand jumper and a £50 haircut, but I really do. I appreciate their more recent stuff, but not in the same way as tracks from their first three albums affect me. So that’s why one of the highlights of the sweaty Swindon gig was hearing a handful of new songs from a forthcoming DOUBLE LP. Capital letters are entirely appropriate here. This isn’t going to be some Stadium Arcadium claptrap bullshit, this is going to be some beefy shit. Or at least, based on the news songs, I’m hoping that’s the case. 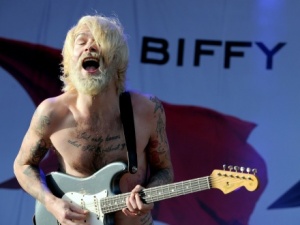 To bolster my hopes, the band themselves have come out and said that this DOUBLE LP will be for ‘lost fans’ who may have drifted off with the more poppy recent releases. Mind you, the DOUBLE LP won’t just be face-melting spine-breaking toe-squashing rock. Simon Neill has been quoted as saying:

“There are a couple of songs that are written entirely on keyboards, string sounds, and I guess Phil Collins-type electro beats behind it.”

So hey, perhaps I should without my judgement and avoid getting too excited. Perhaps not. I wanted to post one of their new songs from recent live shows , but the sound quality is poor. So here’s something older and more delicious to satiate our appetites until then.

This entry was posted in Live Reviews and tagged Biffy Clyro. Bookmark the permalink.