By the magic of the internet, this post will hit the internet at, say, 1pm tomorrow. It’s more fitting than if I post it right now, on a rainy Thursday evening. This track that I’m about to ramble on about is full of all kinds of 80s sunshine. Granted, tomorrow we won’t be sunny, this is England. And it won’t be the 80s, this isn’t New Zealand (sorry New Zealand, but you know it’s true).

Anyway, here comes a Chvrches remix of a track by Ms Mr, whose debut album ‘Secondhand Rapture’ is out next Monday and is currently streaming on The Guardian site.

But I adore this remix. The original track leads off the album, and is a little more dark and echoey. But Chvrches have gone and shot some kind of electro-sun-synth gun at it, turning it into something really quite brilliant. The chorus power-keys conjures an image of some 80s/Breakfast Club film resolution soundtrack for me. Who knows. And that long electro beat that flips about at the start of most of the 4/4’s. Tchhhhhh. Anyway, it’s nice to see Chvrches put this kind of spin on a record, as it widens the expanse for what their debut LP could sound like.

Posted in One To Watch, Single Reviews 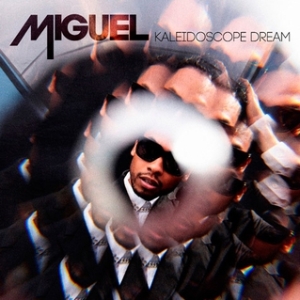 Late last night, the BBC Sound of 2013 longlist was announced, with 15 different artists populating the list. As has been said before, it’s obviously a very self-fulfilling prophecy. The panel aren’t going to pick a 21-year old playing with a triangle in Stranraer. Pretty much all of the artists and groups selected have a long form release coming out in 2013, and are all doing so for the first time. So it leaves things feeling a little bit obvious and contrite. Also, the overbearing hype that these 15 will get means that it’ll further boost their profile.

This sounds like a bit of angry rant, and I’m not sure that it isn’t. However, there are some artists on there that I am very excited to hear what they have to offer in 2013. AlunaGeorge first and foremost. First mentioned in these parts back in April, their debut LP has the potential to be brilliant. Chvrches is another band on the list that has caught my eye recently. ‘The Mother We Share’ is a great track, with a clear and obvious parallel to be drawn to the likes of  M83. Even the ‘oh’s’ at the end sound like they’ve been pulled off of an M83 track, but it’s still its own beast, with a bubblegum sweetness and squirreling synths.

It’s something special. It’s R n’ B without the overbearing bells and tassels of R-Kelly. It’s got the laid back groove of Frank Ocean (and drug references to boot). But really, it’s just a smooth, hook-filled monster.

I’ve listened endlessly to ‘Do You’ today, from the album. It starts of in a Washed Out meets R n’ B at the beach, before sharpening up and flexing its muscles. Just after a minute, the bass and drums come back-flipping in, magnifying the excellence of what’s already been layered up. Lyrically, it’s a little sickly and schmultzy, but after expressing my fanaticism for Bon Iver’s ‘Beth/Rest’ last year, you’ll know that it works sometimes. And with a line like “I’m gonna do you like drugs,” you can see it’s not all puppydogs and flowers.

So while this seems like two different points here, there is some logic behind it. Yes, it is terribly exciting that there is this new list of 15 artists that everyone will be getting very excited about over the next month or two (AlunaGeorge will win), my point is, there’s plenty going on outside this little bubble, and lots of brilliant new music just waiting to be heard. This is Miguel’s second album, far better than the first, and sometimes artists and groups need that time to grow. My fear is that the BBC Sound of 2013 can place an overbearing and overwhelming pressure on all 15 to come up with something amazing, or be doomed to fail. But failing is fine. One way or another, we all get a second chance.

Check out ‘Do You’ by Miguel below.

Posted in One To Watch