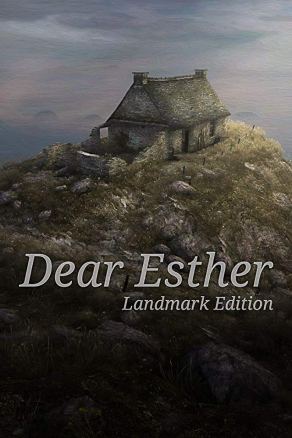 I’ve been playing far too much Fortnite recently. Or to be more accurate, I’ve only been playing Fortnite. For about 6 months or so, I haven’t played any other game. I usually only have 30 minutes or so to play something, so it fits so readily into that space. However, in recent weeks, it has left me feeling a little cold. It’s a game that you can never get lost in, or immersed for hours. I played Breath of the Wild earlier this year, and it did exactly that. So I started looking for some games to give me that feeling of escapism.

After reading through a few best-of game lists, Dear Esther (first released in 2012) kept appearing. Even after buying the game (for about £7 from the Xbox store) and starting to play, I didn’t really know what I was getting myself into. Even now after finishing the game, I’m not entirely sure what happened.

There’s a lot of talk in business these days about ‘experiences’. And yes, I use the italicisation with sarcastic relish. At its simplest,  it’s a way to help build brand identity and advocacy. For me, it’s just one of those terms that gets used way too often, to describe something that isn’t all that different from whatever it was that preceded it. However, playing Dear Esther was like no other game that I’ve played before. I didn’t feel as if I was playing it, I felt like I was experiencing it.

The game starts with no intro. No half-hour cut scenes giving you more exposition that you can shake a stick at. No demo levels helping to explain the controls. It just starts. You’re on a craggy, wild-looking island, walking. You can stop and look at things. Turns out every button on your controller is a zoom button, but that’s it. As you get to certain points, a narration kicks in. At first, there’s a lot of subtext and context in the narration that makes little sense. The island is covered in markings and drawings from white paint. And all you do is walk. No running. For anyone who has ever said “The Lord of the Rings movies were just 9 hours of people walking,” this game is not for you.

But something strange happens over time. You begin to enjoy this landscape. And it is beautiful; wild and untamed. You start to piece together some of the information you are receiving from the narration, coupled with well timed and fiitting musical pieces. You start to feel immersed. And then things get a little weird.

For all intensive purposes, you are alone on this island. However, this game reminded me of the brilliant Firewatch game, where you start to see figures and faces in the landscape. A part of me wants to pin that on just how immersive this game is. It’s not designed to make you jump, but it had my hairs on end numerous times.

There are two more acts in the game as you first pass through the underground centre of the island, and then come out on the other side. The caves of the underground look fantastical, with thousands of years of water passing through them helping to build stunning features. Whereas earlier in the game you had a feeling of aimless wondering, as time progresses you start to feel you are on a defined path with a clear destination in mind. 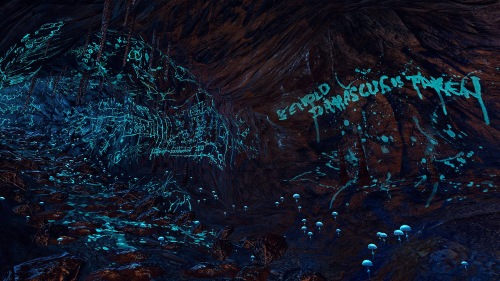 Doing my best to leave this review spoiler-free, I’ll leave the description of the game  there. But let me come back to this theme of experience. It was so refreshing to play through a game with zero cut scenes. It helped to keep you as a player so immersed in what was actually in front of you. I felt as if I was living and breathing this game, and was actually in this place. As VR gaming develops, this feels like a perfect example of the type of game that could work so well in this format. Sometimes games help to provide a perfect dose of escapism from every day life. Being transported to this island using VR would help to add that additional level of immersion, and add to that feeling of Dear Esther, or games of its ilk, being experiences. And look, no sarky italicisation that time.

This entry was posted in Everything Else. Bookmark the permalink.