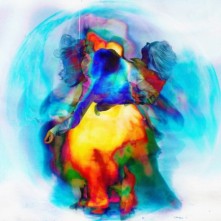 As usual, I have to thank my favourite label in the world, Kitsuné, for getting me into the band in the first place. Clock Opera were on a comp album that I reviewed way back in 2010 for Culturedeluxe, and from that point on I’ve just been waiting and waiting for this news to come! I sort-of called it with my look ahead to 2012, but unless the band were planning to pump out a whole album worth of singles and not actually release an album, then it wasn’t much of a leap to see an album coming out this year. But for now at least we have a date to write in the diary, as well as waiting for April 28th (when they get round to playing in Oxford for only £7.00!). Big things await for these boys.

So in the meantime, to satiate our collective appetites, here is the insanely excellent video for one of their singles last year, ‘Lesson No. 7’. Have a goosey.

This entry was posted in Uncategorized and tagged Clock Opera. Bookmark the permalink.