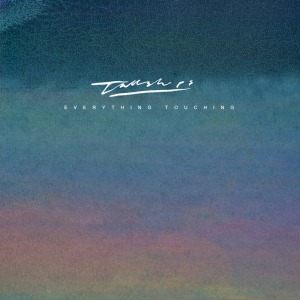 Finally, it’s here. The LP that we’ve been waiting so long for. The LP that promises to kick the Tall Ships Youth Trust off the top spot in a Google search for “Tall Ships”, those philanthropic sons-of-guns.

But there’s been no rush for this three-piece who produce angular, loop riddled epic soundscapes. A couple of EPs have teased us in previous years, but they in themselves hint to what Tall Ships know is the most important and precious commodity when it comes to their music. Time. There hasn’t been a hurry, either logistically in creating this record, and also within their music. The three-piece met at an Art College in Falmouth, and perhaps this can explain their expertise at using the concept of white space in their music to its full potential. A lyric from  one of their single b-sides, ‘Safe as Houses’ encapsulates their attitude to song structure effortlessly: “You use your words like bricks, your pauses like mortar.” And these guys are the Grand Designs of music making.

Kicking off the show is ‘T=0’, the first single to be taken from the album. It acts as the perfect front door to the record. Instantly, the drums crash and shudder while guitar loops layer and interweave. Everything subsides a little in the nucleus of the track, as Ric Phethean explains: “Time won’t wait for anyone.”  One swift wave of lyrics later and the noise picks up again. There’s not a loose bassline or drum beat to be found anywhere. It’s reminiscent of when the Mystery Jets were capable of  similarly brilliant organised chaos, with Zoo Time pulling off the same show stopping effect.

The theme of time also runs through ‘Books’, an EP track that’s been  built upon. It sounds sharper and tighter, something that can be attributed to the track having time to mature and age since its inception. It trips into a little dancey-synth number initially before the chord is cut and in the slow-down, Phethean sings: “Time is precious, and time will forget us.” The concept of time shines clearly through much of the record, but more interestingly it often slips into the realm of life and death, and it is this theme that really feels like the true undercurrent of the album.

‘Ode to Ancestors’ is another track lifted off an earlier EP, but on Everything Touching, it’s the lynchpin track. It’s the nucleus around which everything else orbits. The original version felt like it hurried towards its own end, but here it’s a patient, beautifully crafted moment of clarity. The slower opening gives the lyrics extra weight, meaning and cadence. It also instills a feeling of wonderment on ourselves as a species over the unlikely combination of chance that each and every one of us has won our own evolutionary race. As the track prepares to fire itself out of a cannon and erupt into a fitting finale, the lyric “A million year masterpiece” just dangles like a strand of DNA before the  storm. It feels like it encapsulates the Tall Ships story. Plenty of these tracks have existed for a while, but with time, they’ve been able to grow into something altogether more perfect and life-affirming.

The album ends with ‘Murmurations’, described by the band as “The most Tall-Ships song we’ve ever done.” Nine minutes long, and taking about two-thirds of that time to really erupt, it’s a brave statement that continues to show the band aren’t afraid of pitching things a little left-field. It trickles along initially, slowly building, and gradually sails into a stormy finale.  Part of what makes this band so fantastic is their wonderful DIY aesthetic. Here it includes having a chorus of 30 friends and family sing their hearts out on this track. It’s an euphoric ending to a complete record that feels deeply personal, life-affirming and altogether life-changing.

This entry was posted in Album reviews and tagged Tall Ships. Bookmark the permalink.