The Go! Team – The Scene Between 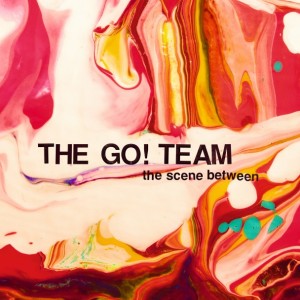 The Go! Team’s Mercury Music Prize nominated debut, Thunder, Lightning, Strike! (2004) was an album that helped nudge me off-course from my typical teen oeuvre of pop-punk sensibilities. But come on, I was 16. Of course I was listening to a lot of Blink 182 and Sum 41, because that’s what everyone (or my friends at least) listened to. And that’s why Thunder, Lightning, Strike! was such a revelation for me. It was like nothing I’d heard before. It was weird and a little wacky. It ripped up and tied together all sorts of samples, from a Black Panther Party chant, to the theme from Ironside by Quincy Jones. But most importantly of all, it was interesting, full of depth and presented new layers on additional listens. It’s an album I owe a debt to for helping to expand my own horizons. To prove a point, last year I reviewed a psychedelic album by a band featuring the lead singer singing only in Cambodian (The Cambodian Space Project). Would this have happened without The Go! Team? Who knows. But maybe this blog would have been about my fandom for Mumford & Sons, Coldplay, and the colour beige, instead of what it is.

Jumping ahead 11 years from Thunder, Lightning, Strike!, The Scene Between is The Go! Team’s fourth full-length, and on paper alone sounds like a fascinating proposition. It sees ‘the band’ returning to their sample-loving roots somewhat, although now the band is just front man Ian Parton working solo, although not entirely. He set himself four rules with this record: Melody would guide the song, samples would be treated as an instrument rather than a basis for the song, the production would vary across the song like flipping the dial on a radio and the singers must all be people he’d never previously heard of.

We’re used to a range of different vocalists flitting across The Go! Team records, so the concept of having vocals from a bunch of mostly bedroom-DIY vocalists isn’t a stark change, but is a neat concept. An initial concern that this may come across as gimmicky doesn’t come to fruition, as none of the vocal styles sound out-of-place or shoehorned into a track where it doesn’t sit well.

Of Parton’s four rules (now he sounds like Descartes), the third rule brings me the most joy. The constant tectonic movements of production changes leaves you juggling and trying to grasp the percussion as it slips out of grip and metamorphosis’s into something else. On lead single ‘The Scene Between’ it’s at its most riotous, bringing a fuzzed-out ramshackle barrage of percussion instruments that shift and change during the chorus.

‘Walking The Jetstream’ is another highlight, with Parton’s four rules uniting perfectly. The verses build gradually to beguiling choruses, as a memorable melody combines with windswept drums producing a cacophony of noise.

Some tracks do tend to seep into each other as they struggle to be easily identifiable as unique amongst the album. This leads to a slight samey feeling at times, causing a craving for something a little more salty and sour to cut through the sweetness. Like a ‘The Power is On’, for example. But I should stop harping on about that debut album. There’s lots on The Scene Between to enjoy. The record as a whole is a saccharine-sweet bundle of fun, full of teeth-rottenly-good indie-pop noise.

This entry was posted in Album reviews and tagged The Cambodian Space Project, The Go! Team. Bookmark the permalink.